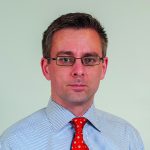 Background
Immune checkpoint inhibitors (CPIs) have transformed the landscape of oncology since the approval of ipilimumab by the US Food and Drug Administration in 2011. Eighteen cancer types are currently approved for treatment with 7 CPIs (ipilimumab, nivolumab, pembrolizumab, cemiplimab, atezolizumab, durvalumab, and avelumab). A recent study estimated that almost half of all patients with cancer in the United States are eligible for treatment with CPIs, a proportion far outweighing those eligible for genome-targeted therapies (1-2).

Ipilimumab is an IgG1-based monoclonal antibody. Canonically, its effects are mediated through the inhibition of cytotoxic T-lymphocyte antigen-4 (CTLA-4) on activated T cells. CTLA-4 competitively binds B7 to block costimulation and thereby downregulates T cell activation and proliferation, acting as a brake on the immune response. Nivolumab, pembrolizumab, and cemiplimab are IgG4-based monoclonal antibodies targeting programmed cell death 1 (PD-1). Atezolizumab, durvalumab, and avelumab are IgG1-based monoclonal antibodies that inhibit programmed death-ligand 1 (PD-L1). PD-1 is expressed by activated T and B lymphocytes and monocytes; PD-L1 is found on antigen-presenting cells and many other cell types. Binding of PD-1 to PD-L1 inhibits the immune response of these cells primarily at the level of the tumor microenvironment (3-4). Tumoral expression of PD-L1 and/or PD-L2 can act as a mechanism of evasion from immune surveillance.

Historical Case Presentation
A 20 year old male underwent head imaging to evaluate headaches. Incidentally, he was found to have a macroprolactinoma and underwent a transsphenoidal resection for initial treatment. After this transsphenoidal resection, bromocriptine became available for use and he was subsequently initiated on dopamine agonist therapy for his hyperprolactinemia and residual tumor. He did not have a history of psychiatric disease prior to initiation of medical therapy. He eventually was transitioned from bromocriptine to cabergoline after transferring his endocrine care to a different provider. After several years on cabergoline, he began to notice increased gambling and hypersexuality as well as depressed mood. These behaviors began to affect his marriage, at which time he discussed them with his endocrinologist. His cabergoline dose was subsequently reduced; and after this reduction, the gambling and hypersexuality behaviors resolved and his mood improved. Despite resolution of these behaviors, these symptoms contributed the eventual dissolution of his marriage.

“Improving outcomes in the new decade: complications and treatment updates for acromegaly and Cushing’s disease”

Patients may qualify for research studies in the Neuroendocrine and Pituitary Tumor Clinical Center. We are currently accepting the following categories of patients for screening to determine study eligibility. Depending on the study, subjects may receive free testing, medication and/or stipends.