Journal Club: Review of Levoketoconazole and Osilodrostat in the Treatment of Cushing’s Syndrome 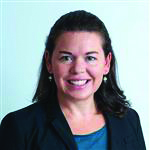 Cushing’s syndrome is a serious condition characterized by cortisol excess and associated with increased mortality, primarily related to cardiovascular disease (1, 2). The most common source of cortisol overproduction is a pituitary adenoma (Cushing’s disease). Medical treatment is indicated for persistent or recurrent hypercortisolism following surgery, estimated to occur in one third of patients (3), or when surgery or radiation are contraindicated. Although several medications with different mechanisms of action are available, Cushing’s syndrome is difficult to treat. Additional effective and well-tolerated medications are needed.

Results from phase 3 trials studying the efficacy and safety of two new pharmacologic treatments for Cushing’s syndrome, levoketoconazole and osilodrostat, were recently published (4, 5), and a review of these studies follows.

Ketoconazole (a racemic mixture of the enantiomers 2S,4R-ketoconazole and 2R,4S-ketoconazole) inhibits several enzymes involved in adrenal steroidogenesis, leading to decreased cortisol production. It is not FDA-approved for the treatment of Cushing’s syndrome in the US, although it is used off-label for this purpose. Important considerations are drug-drug interactions and side effects, and there is a black box warning for rare liver toxicity, which advises monitoring of liver function tests. While efficacy of ketoconazole has been established by retrospective and observational data, it has never been studied in a prospective clinical trial. The 2S,4R enantiomer of ketoconazole, levoketoconazole, is about twice as potent in vitro in inhibiting enzymes such as 17α-hydroxylase and 11β-hydroxylase, which makes it a promising pharmacologic treatment option (6).

SONICS was a multicenter, open-label, single-arm study of oral levoketoconazole in 94 adults with Cushing’s syndrome who had mean 24-hour urinary free cortisol (UFC) >1.5 times the upper limit of normal (ULN) (4). Participants were treated with the starting dose of levoketoconazole 150 mg twice daily followed by titration over 2-21 weeks (in 150 mg increments until mean UFC normalization) before entering a 6-month maintenance phase. The primary outcome was the proportion of participants with mean UFC ≤ ULN at the end of the maintenance phase without requiring a dose increase during maintenance (complete response).

At baseline, mean age was 43.7 years and mean UFC was 4.9 times the ULN. Eighty-five percent of participants had pituitary Cushing’s disease. Seventy-seven of 94 participants entered, and 61 completed, the maintenance phase. Mean UFC decreased quickly in the dose-titration phase and remained controlled from months 2-6 (Figure 1A). Twenty-nine of 94 participants (31%) experienced complete response (Figure 1B); the response rate was higher in participants with lower baseline mean UFC concentration. Improvements were seen in cardiovascular biomarkers, including HbA1c, fasting glucose, total and LDL cholesterol, and weight. Also improved were quality of life and subjective signs and symptoms related to Cushing’s syndrome. In general, levoketoconazole was well-tolerated and safe; the most common adverse events were headache and nausea.

What Else Is In This Issue